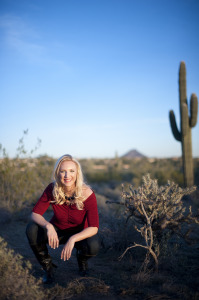 I was talking to a friend the other day. She’s a wicked smart physician who’s just stepped into a leadership position in her healthcare system. She described the first meeting she attended in her new position:

“I looked around the table and realized that I was the only woman sitting at the table.”

To be honest, it wasn’t a surprise.

Even though women now comprise 50% of medical school classes, there continues to be a paucity of women physicians in leadership positions.

Whether or not you’re a doctor is sort of beside the point.

What’s important here is that you realize that if you’ve been tagged for a leadership position in your organization – or if you’re an entrepreneur who’s running her own business – chances are you’ll find yourself as The Only or One of The Only Women sitting at the leadership table.

And it takes a special skill set to know how to deal with your unique position.

Far too often, I see women leaders fade into the background during meetings.

I see them quell their natural curiosity to ask questions.

In meetings, it’s important for you to contribute no matter if you’ve got something “unique” to say or not.

In my observation, men talk during meetings whether or not they’ve got something “unique” to contribute. That’s not a criticism, it’s just a fact. With that in mind, here are three things you can do at your next meeting to stand out as a leader (whether you’re one of the only women or not)…

2. And on that note, do not apologize for making room for yourself at the table. And don’t get defensive that they didn’t remember to make room for you. Simply pull up a chair and ask the people on either side to “slide a cheek”. It’s okay to be cheeky when you’re making space for yourself, just don’t be apologetic.

3. Speak up during the beginning of the meeting. Add your voice to the discussion. If you’re new, be sure to introduce yourself. Lean forward into the conversation. If you don’t have anything to add to the agenda, make an observation/build upon a topic that someone else brought up.

For instance, say: “I’m glad that Jerry brought up the topic of safety issues in the Physical Therapy wing. I’d like to suggest that we also have a look at safety issues in the Emergency Department to discover if there’s any overlap or unique differences between the two areas.”

4. Listen carefully for opportunities to add your voice during the meeting. You’ll know when you’ve got something to say – your body will perk up and you’ll feel yourself wanting to speak. Do not quell your natural desire to speak. Rather than whispering it to your neighbor, simply enter the conversation by leaning forward and saying, “I’ve got a couple of observations that I’d like to make right now…” And then make them.

At your next meeting, try these 5 strategies for yourself and see what happens. You’re a leader. Leaders use their voices to influence the direction of their organizations. But remember, no one is going to really invite you to be a leader. Leadership is a role you take. These strategies will help you fully engage as the leader you know you’re meant to be.

Now over to you. What strategies do you use to make sure your voice is heard during meetings. Tell us in the comments section below.