“All we want, whether we are honeybees, ponderosa pines, coyotes, human beings, or stars, is to love and be loved, to be accepted, cherished and celebrated simply for being who we are.”

You want a solid business you don’t have to babysit; one that fully expresses who you are and what you offer the world. You want a business that perfectly channels your strengths and purpose, and supports your love of beauty, luxury, and of course, shoes, but somewhere, deep down, you’re scared the gorgeous life you see in your head, won’t manifest in reality.

With a PhD in Counseling Psychology from the University of Kansas and a background in the science of creativity, positive psychology, and optimal development, I left my work as a graduate-level professor and psychologist behind because, after 5 years of piecing my career (and my income) together with additional teaching assignments, the occasional high-end coaching client, and other psychology-type jobs, I knew that battle had to end.

See the impetus behind studying psychology in the first place was to help people, and I knew that struggling to pay my student loans and rent wasn’t the path to effecting the greatest change.

Not even my beloved students at the university could make me stay. I knew if I stayed I would become badly behaved and probably depressed (sound familiar?).

I also wanted to set an example for them by pursuing my vision rather sacrificing it on the altar of safety and security.

While my sense of geographical direction is meager at best, my passion to launch she{ology} and change the landscape of the global economy by helping women entrepreneurs & leaders prosper is on course.

Are you aware that women make up 40% of the workforce, but only 1% of the wealth? That hardly seems fair, and I’m on a mission to tip the scale.

We taking a scientific approach rooted in intuition to discover and maneuver around the blocks that limit your success.

We do data-driven business development using a combination of rational and intuitive methods.

We are logic with a heart.

We are personalized, in depth, and effective business expansion from the inside out.

We start where you are: which is the only way to get where you want to go.

Because that vision, the one in your head, is possible, but sometimes where you are is exactly what’s keeping you from where you want to be.

she{ology} exists, to set you in motion with the support of myself, the she{ology} community, and proven tools that help you break through your barriers to success.

If you’re feeling inquisitive, you can learn a bit more about me, from bobble-head baby to she{ology} maven, in the timeline taste below. 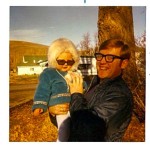 January 2, 1970 | Born (according to her father) with her eyes wide open and a distinctly large, round head.

1975 | Decides to become a doctor and write books.

1979 | Receives a science kit for Christmas. Strangely disappointed in the microscope’s resolution and light source.

1980 | Writes & illustrates first book, ABCs. Misspells “vacuum”. Secretly decides to become a Cover Girl… and sings to the ABBA soundtrack in her bedroom using a deodorant bottle as her microphone. 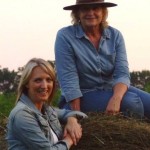 1983-1988 | Wins science fair awards. Gets As in classes she loves (French, Physics,Geometry, English, Photography). Gets Cs in Math and Bs in everything else. Plays basketball, golf, volleyball. Runs track.

1995 | Graduates with BS in Biology from the University of Kansas.

1995-2007 | Works as medical writer & scientist in the biotech & pharmaceutical industries. On the team that brings a first-in-class medication to people with Type 1 Diabetes.

2006 | Falls in love with an idea. Vows to erase the belief that engineering and science programs are for boys only.

2008-2013 | Works as a professor and psychologist at Arizona State University. Teaches graduate-level courses in Creativity Research and the Social & Emotional Needs of Gifted Students. Meets her other mentor, Joel Hutchinson. Changes her mind about Freud. Kind of. 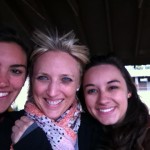 2009 | Founds WiSE Leadership Program. The mission: to gather, guide and advance women pursuing STEM careers. Co-authors article on a new theory of career decision-making, the first to integrate the role of intuition and neuroscience.

2009-2011 Joins the Green Team, an international group of psychologists and leadership experts. Spends time in Italy assisting with the development of neuroscience and mindfulness-based leadership programs for Executive MBA, traditional MBA and undergraduate business school students in the US and Italy. 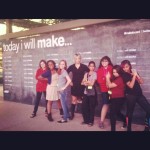 2011-2013 Creates a positive psychology program to address the social, emotional, and career needs of highly-able students at ASU’s Herberger Academy. Hosts the first International Day of the Girl social media campaign at Arizona State University to raise awareness of the importance of educating girls around the world. 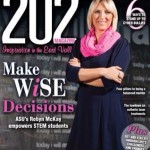 2013 | Founds she{ology} by dr. robyn mckay. The mission: to change the landscape of the global economy by helping women entrepreneurs & leaders find their place in the world. Co-authors her first book, Smart Girls.

Falls in love with another idea…Heads to France to pursue her work as an international expert in the psychology of women making money.